This video is a little dated, but I think still provides a clear distinction between Tiger Woods swing in the early 2000’s and today. The key difference being Tiger used to have a more upright/steep swing, and today it is much flatter. This is all explained in the video.

I have been saying this for a few years now, even with Tiger winning all the tournaments he has, I still think the Tiger of the early 2000’s is better than the Tiger today. I felt his swing itself and his “focus” were more in tune back then compared to now. His wins today are coming by 1-2 shot victories, playoffs, etc… versus the old “stompings” he used to give people. Attribute that to getting older, married, kids, knee surgery, but even before much of that as he transitioned to his flatter swing, he has never felt, to me, like the same “player” he did in the early 2000’s.

There are rumors that things between Tiger and Hank are a little rough, but who really knows the truth. However, even if Tiger gets with someone else…with where he is in his career I can’t imagine changing his swing again is a good idea, because he would lose 1-2 years like in the past. If he is going for Jack’s record, losing 1-2 years now especially after his knee surgery could be devastating to beating Jack’s record.

With that all said, here is the comparison video I found on YouTube. 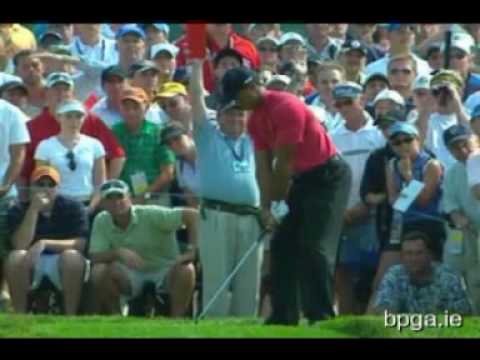