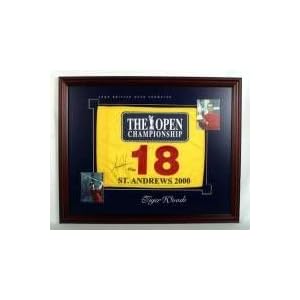 Day 1 of the 2010 British Open has been completed and the 2 players who are standing out more then anyone else is Rory McIlroy and John Daly. As everyone remembers, Daly won the British Open back in 1995. Fighting his golf career and personal battles over the last decade, he has been hit or miss in many tournaments but seems to have come alive for this week. I really hope to see Daly do well this week, even win it!

The big surprise came from Rory McIlroy who blistered the susceptible St. Andrews with a 9 under 63, which ties the lowest Major Championship round ever. At 21 years old, and someone who hasn’t done well in recent tournaments, this has to be the highlight of his life. The course began its onslaught later in the day with players such as Phil Mickelson, Ricky Fowler, David Duval, and more who were posting above par scores.

Lots of questions arose about Tiger Woods and which one of his golfing personalities would show up this week. From the looks of his 5 under 67, his old self seemed to emerge, even with the onslaught of personal questions during the press conferences and the british newspapers making a mockery out of him, he was able to keep his sites on the trophy and played a very solid round. It should be noted many of the low scores came in the morning rounds before the weather turned nasty. So chalk up some of the good scores to timing.

Though I have never agreed with Tiger’s off course behavior, I still want him to continue winning tournaments and blistering Jack Nicklaus’s major championship record. A win this week for him would be great, not just for himself but also for how the public might welcome him back more so then they have already.

I hope Rory can hold onto his lead and at least make Sunday a close showdown between himself and Woods.